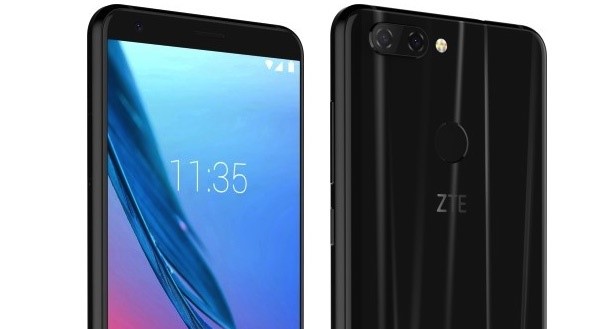 The new ZTE Blade V9 features a 5.7-inch Full HD+ display. The display comes with a resolution of 2160 x 1080 pixels and 18:9 aspect ratio. The phone is powered by a 1.8GHz Qualcomm Snapdragon 450 octa-core processor. It comes with 2GB/3GB/4GB of RAM and 16GB/32GB/64GB of internal storage. The storage can be further expandable via microSD card. The ZTE Blade V9 runs on the latest Android 8.0 Oreo operating system. The device features a fingerprint sensor at the back.

In terms of camera, the ZTE Blade V9 features a dual camera set up at the rear. It has 16MP + 5MP dual rear cameras. On the front, it has a 13MP selfie camera. The handset is backed up by a 3200mAh battery. The device supports 4G LTE, Wi-Fi, Bluetooth 4.2, GPS, a 3.5 mm headphone jack and NFC.

Keep in touch with Slash info website for more news on mobiles and gadgets.