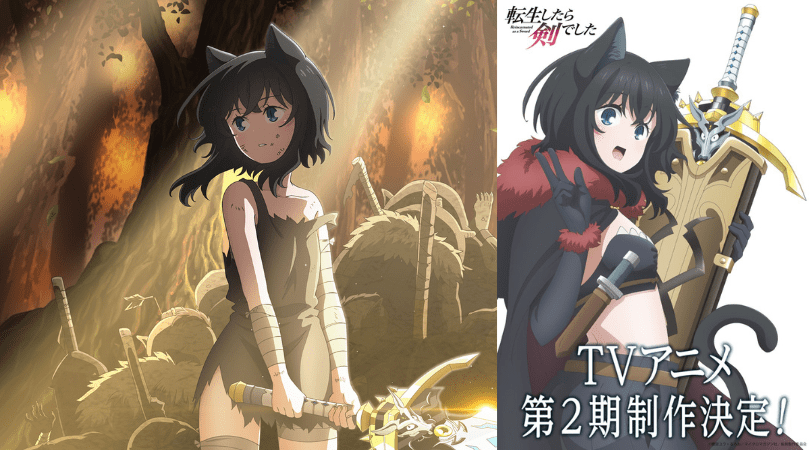 Good news for the isekai anime fans, Reincarnated as Sword Season 2 has been officially announced. According to the official Twitter account of the series ‘Tensei shitara Ken deshita’ or ‘Reincarnated as a Sword’ the season 2 premiere is expected in mid-2024.  It is a Japanese light novel series written by Yuu Tanaka and illustrated by Llo. This series aired from October to December 2022 by C2C studios.

This show revolves around a nameless protagonist who dies in the modern world in a car accident and finds himself reincarnated in another world as a sword with no recollection of his name, though he remembers everything else from his previous life. Using the power of telekinesis, he explores the new world and unlocks many super abilities. He begins to seek someone who can be his wielder. He discovers a caravan of slave traders under attack by a two-headed bear where he comes across a Black Cat girl slave named Fran who discovers him and uses him to kill the bear. After being freed from slavery, she names the sword “Shishou”(Teacher) and the two of them then explore the world together.

Meet The Cast Of Reincarnated as Sword

Related Topics:AnimeReincarnated as Sword Season 2
Up Next