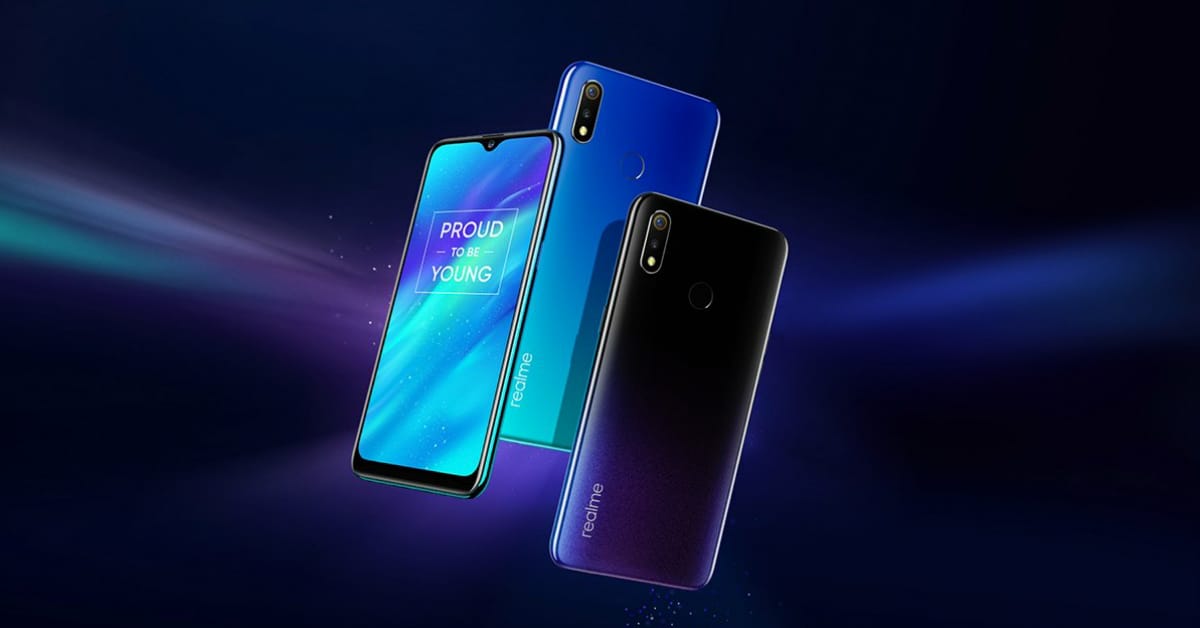 Today, Realme has officially launched its new smartphone called Realme 3 in India. The new Realme 3 smartphone is the successor to the last year’s Realme 2. The device packs a huge 4230mAh battery, MediaTek Helio P70 chipset, up to 4GB of RAM, dual rear-facing cameras and much more. And amazingly, the starting price of Realme 3 is just Rs 8,999.

From design to the features offered, Realme 3 is a great deal considering its price. Now, we have the same expectations from the upcoming Realme 3 Pro which will be launched in April 2019. 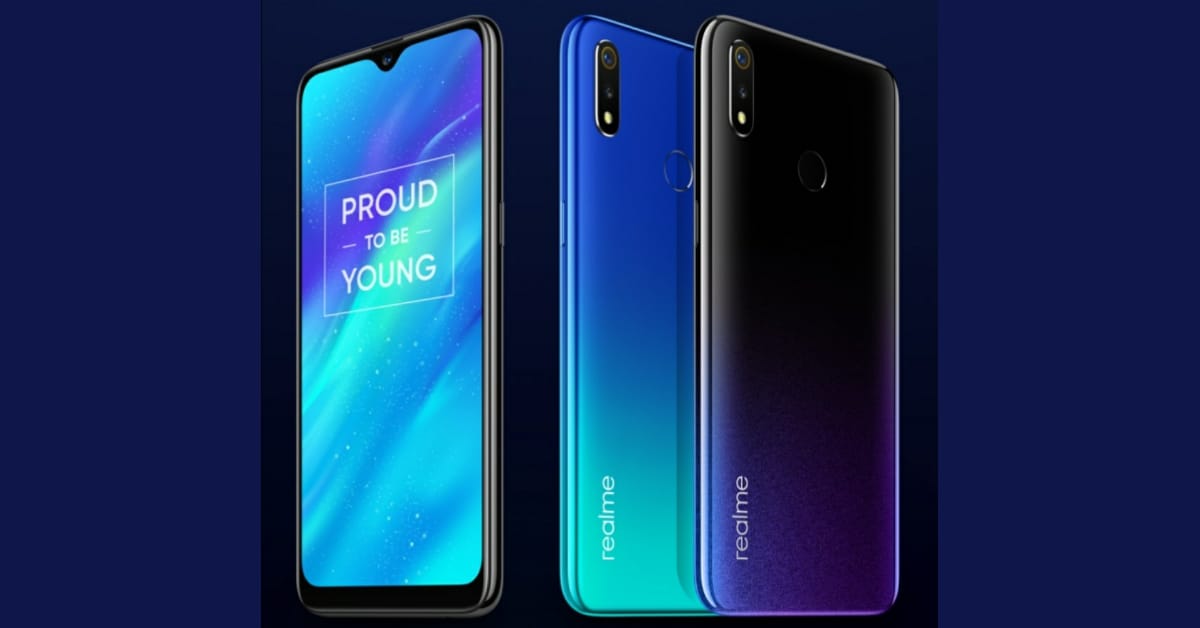 Let’s start with the design, the phone features a dewdrop display on the top that carries the selfie camera sensor. It has a unibody design. Also, it comes in two different gradient colours: Radiant Blue, and Dynamic Black. There’s also a third color option called Classic Black.

The all-new Realme 3 features a 6.2-inch HD+ display with a 19:9 aspect ratio and a resolution of 1520×720 pixels. The screen is protected by the Corning Glass 3. The phone is powered by the MediaTek Helio P70 octa-core processor along with the ARM Mali-G72 GPU. The same processor is used on the Realme U1 which was released last year. It comes with 3GB/4GB of RAM and 32GB/64GB of internal storage. There’s a dedicated microSD card slot for storage expansion up to 256GB.

For photography, the phone features 13MP + 2MP dual rear-facing cameras with PDAF Fast Focusing, f/1.8 aperture, 5P Lens and an LED flash. On the front, it has a single 13MP AI front camera for selfies and video calling. The front camera also has the AI Face Unlock option for security. The handset can shoot 720p/1080p videos at 30fps and slow motion 720p videos at 90fps.

In terms of software, the Realme 3 runs on the ColorOS 6.0 based on Android Pie. The phone’s UI (user interface) is Ad-free and also has an app drawer. The device comes with a 4230mAh battery with a 5V 2A charger. There’s no fast charging. For network and connectivity, it has dual VoLTE, Wi-Fi, Bluetooth 4.2, GPS/A-GPS/Gnolass, Micro-USB port, and a 3.5mm headphone jack. The sensors available in the phone are E-Compass, Light Sensor, Proximity Sensor, Gravity Sensor, Accelerometer Sensor, a rear-mounted Fingerprint Sensor and OTG. There is no Gyroscope sensor. 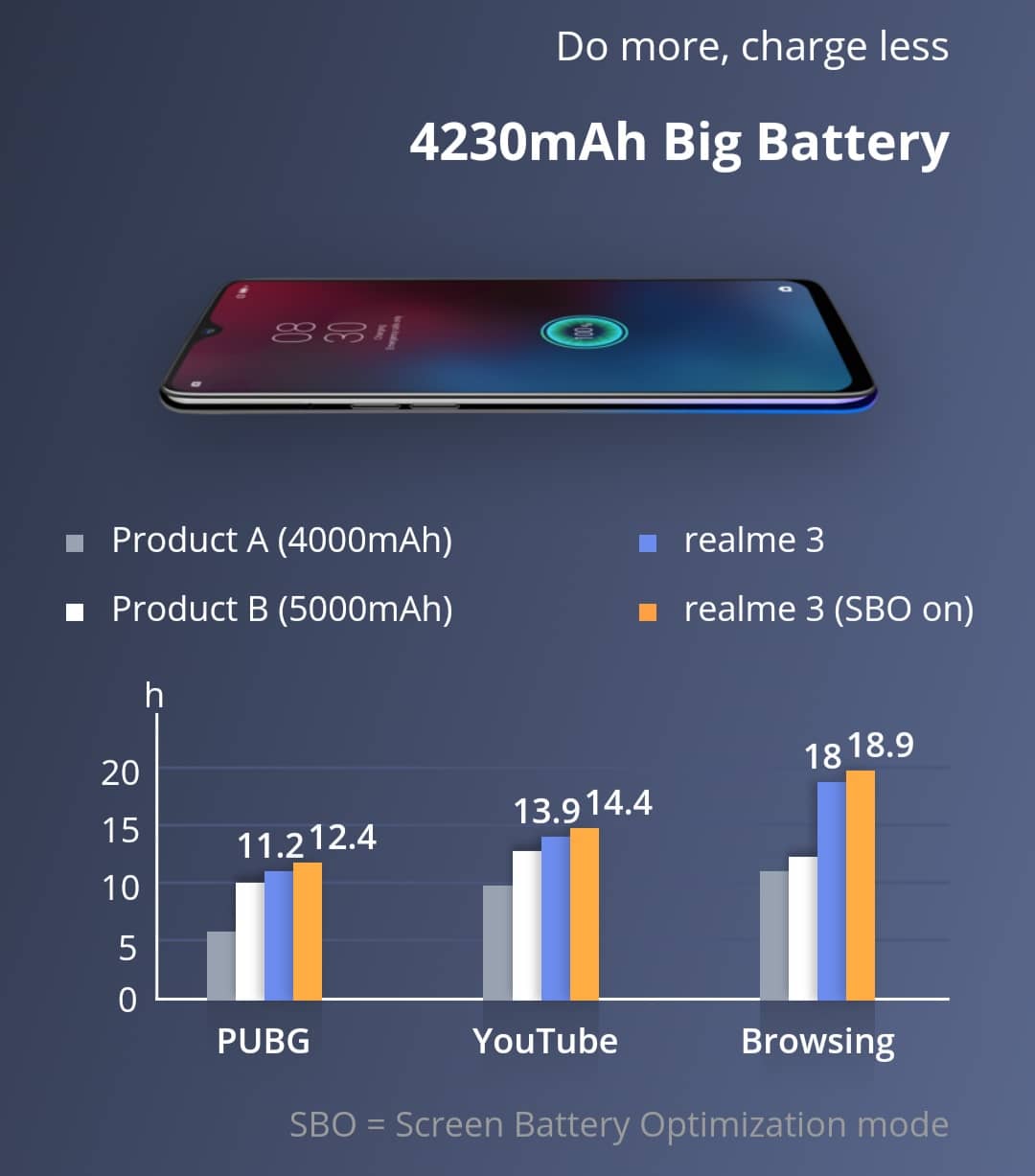 The Chinese company has offered almost every feature that can be found in a $150-$200 smartphone. The Realme 3 has got big display, gradient back panel, an octa-core Helio P70 chip, a huge battery capacity, and dual cameras. And most importantly, the price of the phone is very attractive. But still, it has got some minor cons which we expect will be improved in their next device.

Overall, Realme 3 offers really good specifications and features. It’s an excellent choice for those who are looking for a new Android smartphone priced below Rs 10,000.

For more details, read the phone’s review on Forbes.

Finally, I have to say that Realme 3 is the best phone you can get for around $150.

Comment below and let us know what do you think about this new smartphone.