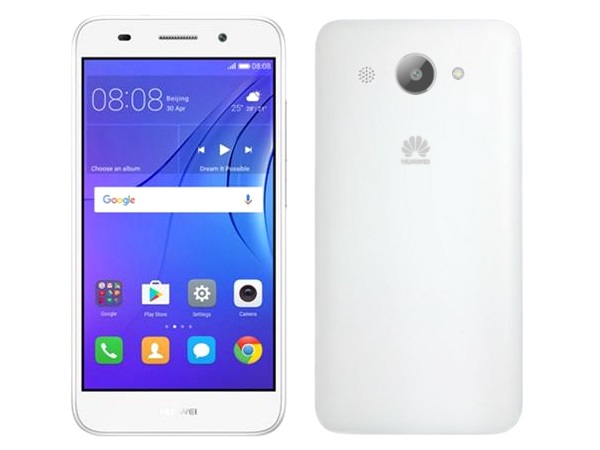 When it comes to budget and mid-range smartphones, Xiaomi and Huawei phones are the top sellers. Recently, Xiaomi Redmi Note 5 and Redmi Note 5 Pro had launched in India which sold within few seconds of their first sale. Now, a new budget phone named Huawei Y3 (2018) has spotted on Geekbench. Last year’s Huawei Y3 was a budget phone which came with a 5-inch display, 1GB RAM, and an 8MP primary camera. The new leaks show that Huawei Y3 (2018) will feature a MediaTek chipset and 1GB RAM.

According to the Geekbench listing, Huawei Y3 (2018) features a quad-core MediaTek Processor with 1GB of RAM. The phone is operated by the latest Android Oreo operating system. The phone is expected to come with a 480×854 display and 2200mAh battery. 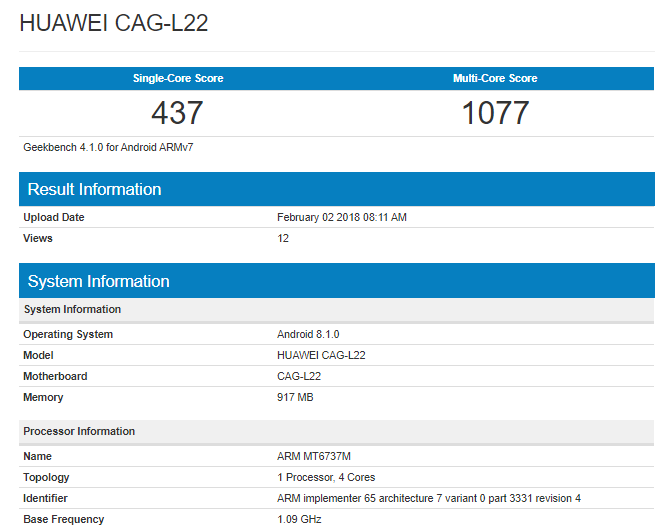 All these leaked specifications of Huawei Y3 (2018) shows that the new phone doesn’t have any big upgrade over the last year’s version. We have to wait for the official announcement to know more about this Huawei phone.

Meanwhile, you can read about Huawei Enjoy 8 and Huawei P20.