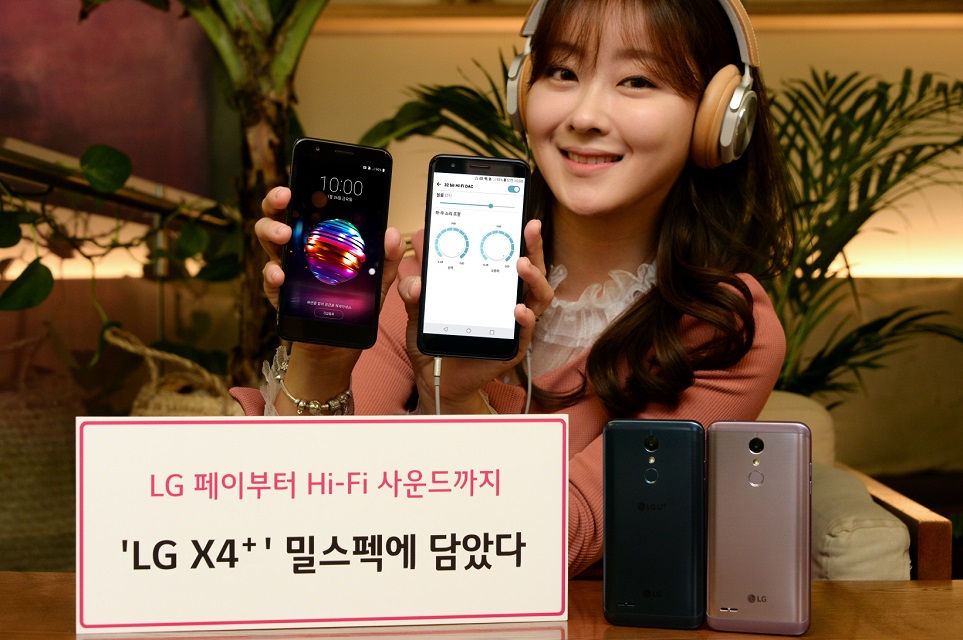 LG has launched their new smartphone named LG X4+ in South Korea on Friday recently. The phone has brilliant specs and also comprises some new features. LG has introduced that the phone can take selfies and screenshots just by the fingerprint sensor.

LG X4 plus is LG’s first phone to have LG  pay smartphone payment which can allow you to make payments by fingerprint or password. The phone has a nice design including the good features. Now, after this brief introduction, let’s have a look at the specifications of LG X4 Plus.

The new LG X4+ comes with a 5.3-inch HD IPS display with a resolution of 720 x 1280 pixels. It is operated by the Android Nougat operating system. The phone is powered by a 1.4 GHz Qualcomm Snapdragon 425 quad-core processor and comes with 2GB of RAM and 32GB of internal storage. The storage is expanded up to 2TB via microSD card.

LG X4 Plus features a 13MP primary camera at back and a 5MP front camera for selfies. The phone packs a 3000mAh non-removable battery. It comprises all the common sensors including a fingerprint sensor at the rear and supports LG pay.

It has passed the 6-part MIL-STD 810G by which it can undergo high or low temperature, humidity, vibration, etc. The phone weighs 172.3 grams.

The LG X4 Plus comes in Moroccan Blue and Lavender Violet color variants. It is priced at 300,000 won in Korea, which is around $282. The phone’s expected price is around Rs.17,999 for India.