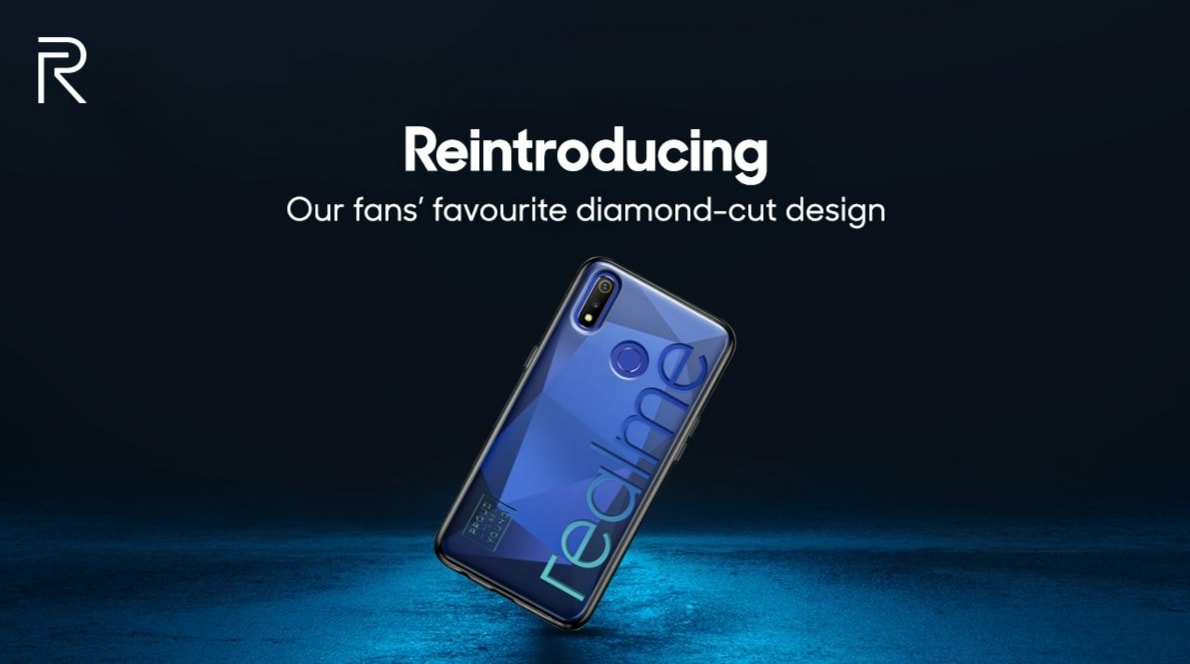 Diamonds never go out of style. Look closer and tell us what you see. pic.twitter.com/msRZT98OWA

According to the tweet with official image, the Realme 3 will come with a diamond-cut design (as seen on Realme 1). The phone will have dual rear-facing cameras along with a LED flash. The fingerprint sensor will be placed on the back panel.

If looked carefully at the image, it can be seen that the phone will have a 3.5mm headphone jack and a charging port at the bottom. The power button is placed on right hand side whereas the volume buttons are placed on the left side of the screen.

It seems that the Realme 3 will launch in India very soon. As of now, there are no details about its specifications and price. Let’s wait for official announcements and release date for more details.

The Premium Version of Samsung Galaxy S10 Plus with 12GB RAM and 1TB Storage Could be Priced at $1,500!