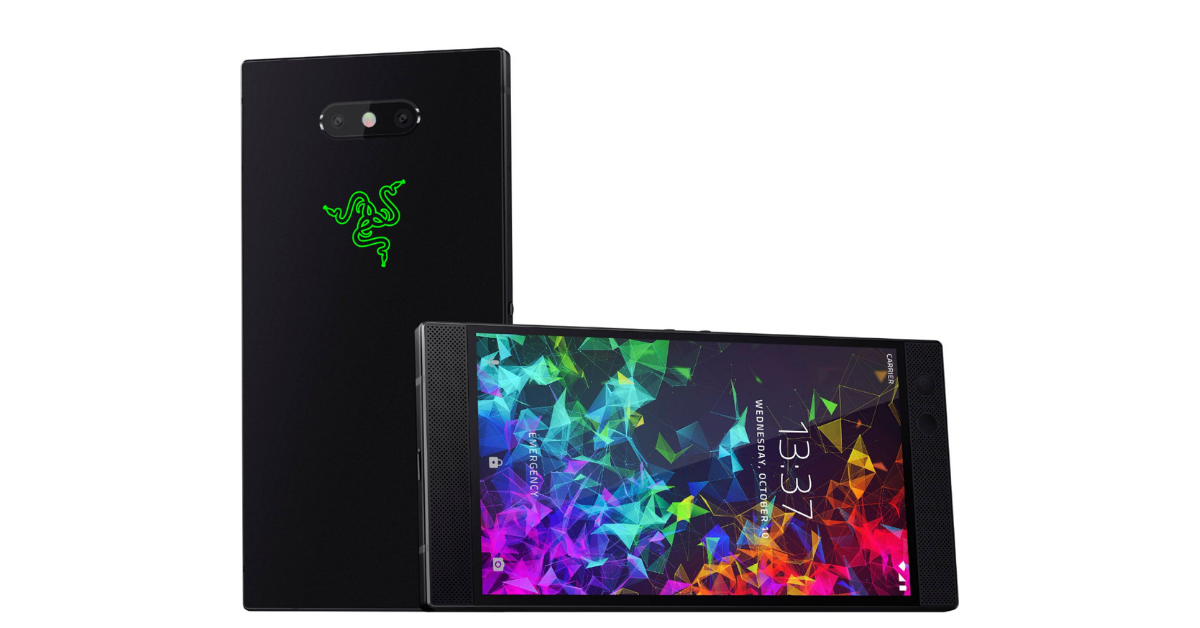 The Razer Phone 2 is all set to unveil on 10th October 2018! On Twitter, Evan Blass has posted an official press image of the upcoming Razer Phone 2. The phone looks the same as the last year’s Razer Phone. The press render has revealed that the Razer Phone 2 will come with dual rear-facing cameras.

Recently, the phone has appeared on GeekBench and AnTuTu that revealed some of its specifications. According to the benchmarking sites, the Razer Phone 2 will feature a Quad HD+ display with 1440×2560 pixels resolution, Qualcomm Snapdragon 845 processor, Adreno 630 GPU, 8GB RAM and 512GB of internal storage. The device will run on the Android 8.1 Oreo (upgradable to Android Pie).

The logo on the back of Razer Phone 2 has Chroma lighting effects. This means it lights up when you receive a notification.

This new gaming smartphone will compete with the Xiaomi BlackShark, Honor Play, Nubia Red Magic, etc. For more details, we have to wait for the official launch of the Razer Phone 2 which will be held on 10th October.