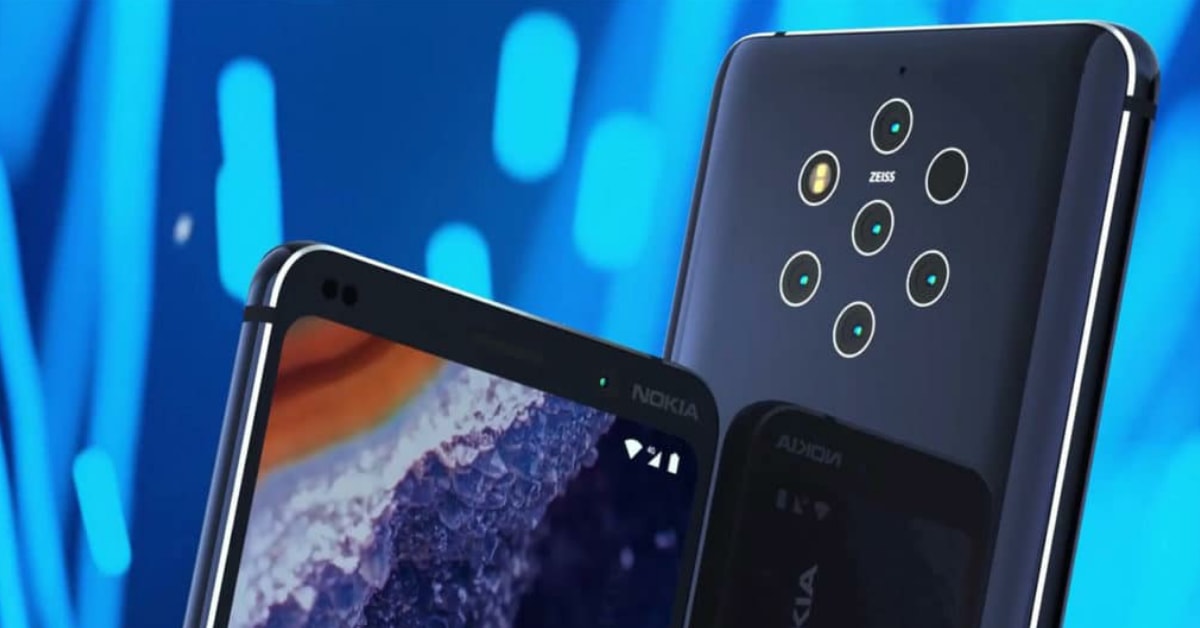 A day ago, on Twitter, Evan Blass posted a clear image of the Nokia 9 PureView smartphone. The leaked photo shows Nokia 9 PureView with a Penta-camera setup at the back. This confirmed that the Nokia’s next flagship phone will come with 5 rear-facing cameras along with a LED flash.

LATEST – A new promo video leaked by MySmartPrice has revealed almost all the main Nokia 9 PureView specs. According to the video, the Nokia 9 PureView will come with a 5.99-inch 2K HDR10 PureDisplay screen. The phone will be powered by the Qualcomm Snapdragon 845 processor. It will come with 6GB of RAM and 128GB of internal storage.

Coming to the camera department, the Nokia 9 PureView will have five rear-facing cameras with Zeiss optics, LED flash, HDR, and many other features. The 5 camera system will be able to capture five simultaneous shots and up to 10x more light. The video suggests that the device can capture stunning & crisp HDR photos.

The handset will run on the latest Android 9 Pie OS with Android One program which promises 2 years of software updates. Users will get free unlimited storage for photos with Google Photos. Also, it’s glad to know that the phone will come with an in-display fingerprint sensor and Qi wireless charging.

So, this was the everything that we know about the upcoming Nokia 9 PureView smartphone. For more details, we have to wait for the official launch that will take place at the end of January 2019.