Do you want to know about one of Motorola’s upcoming phones? Here are some leaked photos and a video of the Motorola P40 smartphone.

Around four months ago, Lenovo-owned Motorola launched the Motorola P30 and P30 Note smartphones in China. As of now, these are the latest devices from the company’s “P-series” of smartphones. But now, we have the leaked renders and 360-degree video of the upcoming Motorola P40 smartphone. The Motorola P40 will be the successor to the Motorola’s P30 and it will launch in 2019. The leaked images & the video give us an idea about the design and looks of the Motorola P40.

As per the newly leaked renders and a 360-degree video by 91Mobiles in partnership with @OnLeaks, the Motorola P40 will come with a Punch-Hole display design. This kind of design can be found on the newly launched handsets like Huawei Nova 4, Samsung Galaxy A8s, Honor V20 or Honor View 20.

According to the leaked pictures, the Motorola P40 features a 6.2-inch display with a hole in the top-left corner to house the selfie camera. The display has very thin bezels and it’s notch less. On the bottom, the bezel has MOTOROLA branding and it is comparatively thicker.

The power button and the volume buttons are placed on the right side, while the left side is occupied by the SIM tray. The bottom showcases a USB Type-C port, microphone, and a single speaker grill. Also, the device has a 3.5mm audio jack on the top side. 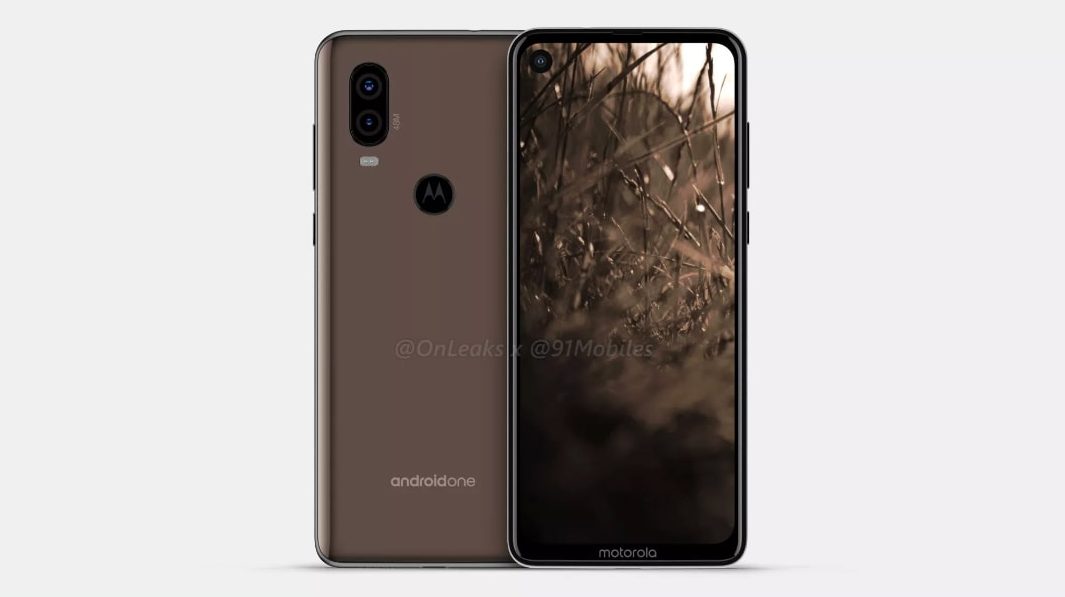 On the back, the Motorola P40 has a dual camera setup consisting of a 48MP primary camera sensor and a secondary camera with dual-LED flash. Also, there’s a circular fingerprint sensor and Android One logo on the back panel. The back panel of the device could be made of glass as it looks shiny. The dimensions of the device are 160.1mm x 71.2mm x 8.7mm.

To know everything in detail, we have to wait for the official launch or the announcements from the company regarding the Motorola P40 handset.