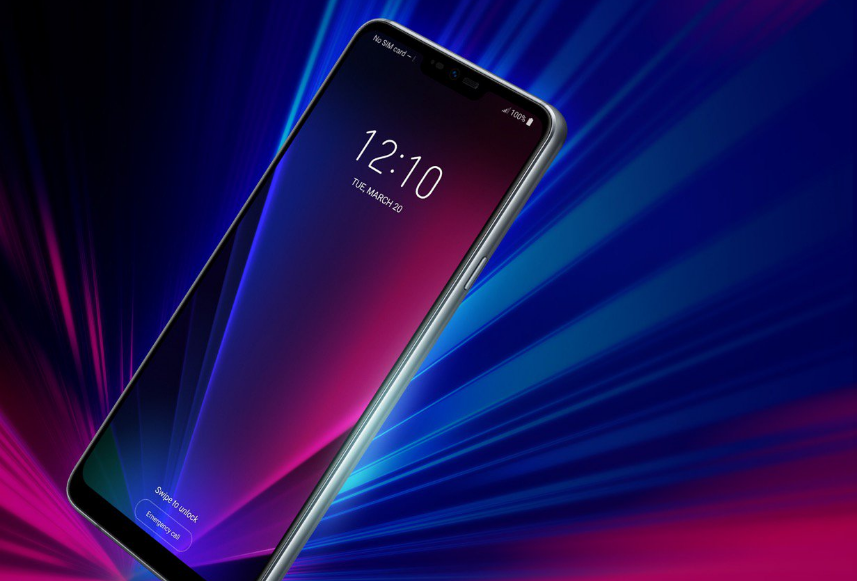 LG will soon launch its next flagship smartphone named LG G7 ThinQ. According to the GSM Arena’s Report, the upcoming LG G7 ThinQ will feature a 6.1-inch Quad HD+ display with a resolution of 3120×1440 pixels.

The latest Geekbench Listing has revealed some of the specifications of LG G7 ThinQ smartphone. The report shows that the phone is powered by a Qualcomm Snapdragon 845 processor with a frequency up to 1.77GHz. The device scored 2312 points in single-core test and 8979 points in multi-core test.

The device has 4GB of RAM. We can expect 64GB of inbuilt storage. The handset comes with the latest Android Oreo operating system. 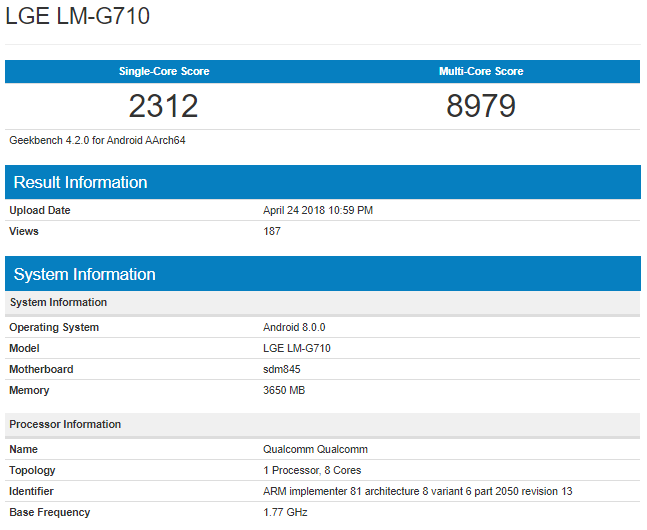 There are no sure details regarding other features of the LG G7 ThinQ. The smartphone is rumored to feature a 3000mAh battery. The handset will have a dual rear camera setup. The LG G7 ThinQ will launch officially on 2 May 2018.