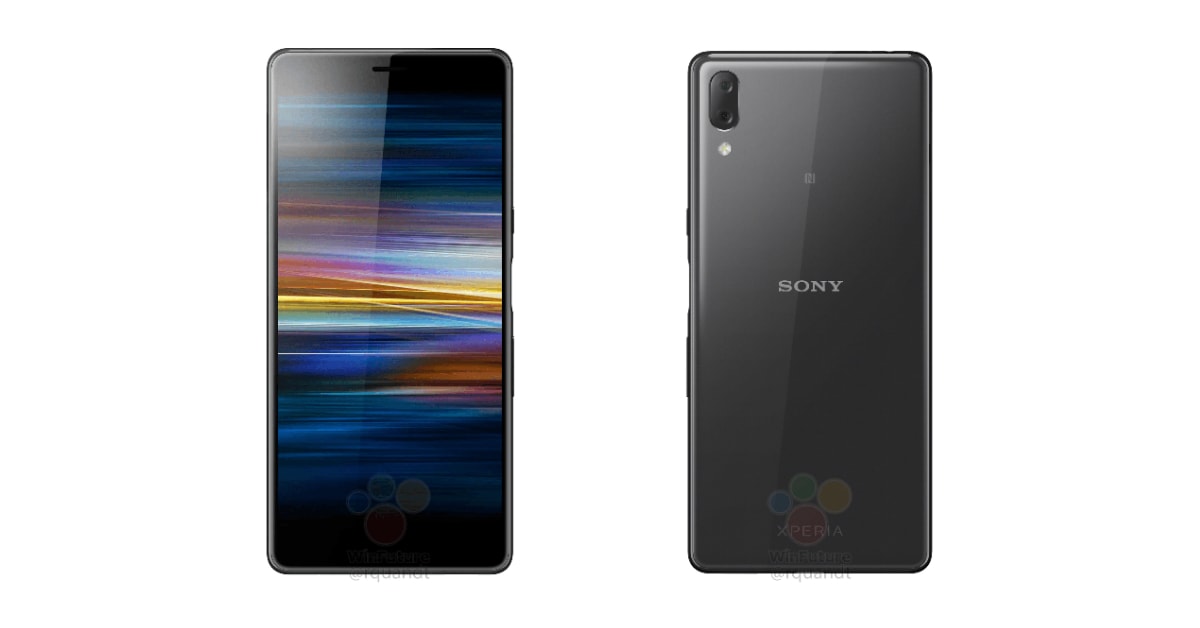 We already know that Sony will release the Xperia XZ4, Xperia 10 and Xperia 10 Plus smartphones at the MWC 2019 event on February 25th. Now, a new leak has surfaced detailing the specifications, renders, and price of the Sony Xperia L3 smartphone. According to WinFuture, Xperia L3 is an entry-level smartphone that will be unveiled along with the other 3 Xperia devices. As per the leak, the device will be priced at 199 Euros ($225).

Regarding the specifications, the leak reveals that the Sony Xperia L3 will feature with a 5.7-inch HD display with an 18:9 aspect ratio and 1440×720 pixels resolution. It will be powered by a MediaTek processor. The name of the chipset is not mentioned. In terms of memory, the phone will have 3GB of RAM and 32GB of onboard storage. Further, it will run Android 7.0 Oreo out of the box.

In terms of camera, the Sony Xperia L3 will have 13MP + 2MP dual rear-facing cameras. On the front, it will come with an 8MP selfie camera.

The handset will be backed by a 3,300mAh battery. It will use USB type – C port. The fingerprint sensor is placed on the right side of the phone.

The Xperia L3 will be available in three different colors – silver, gray and gold.