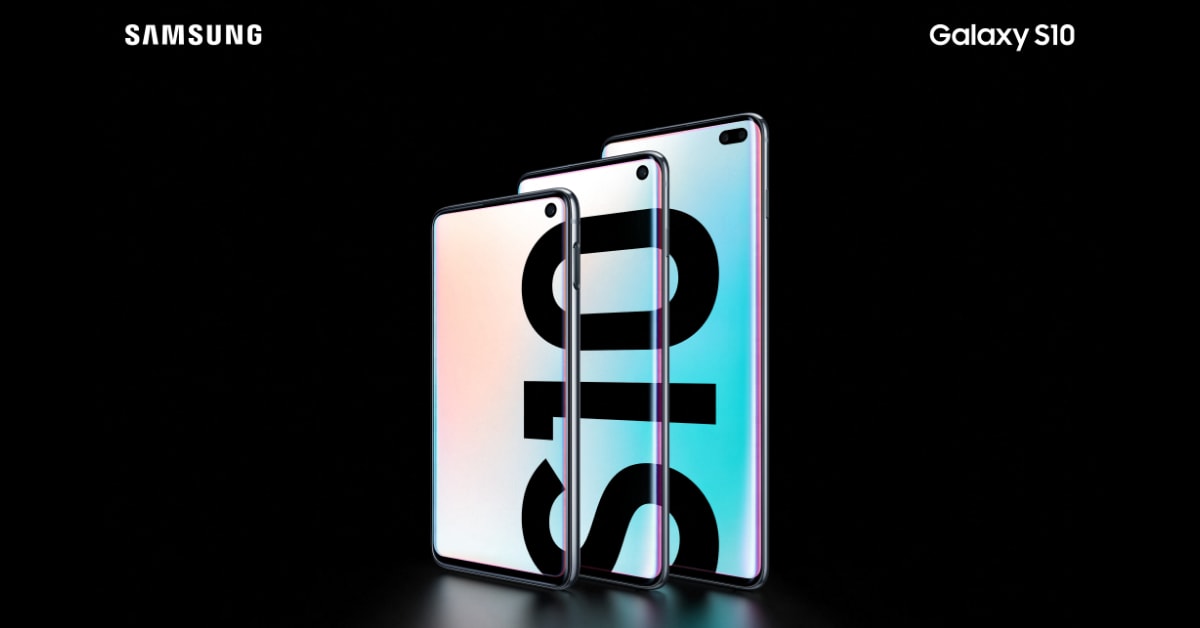 Samsung’s Unpacked 2019 was one of the most anticipated events this year, and yes it has grabbed the attention of many. There were a couple of rumors regarding the launch event and the devices, but now it is official. Samsung has launched a nine new devices at the launch event today which took place at San Francisco, and now we are going to talk about the top 4 devices (Samsung Galaxy S10, S10 Plus, S10e & Galaxy Fold) which grabbed our attention. 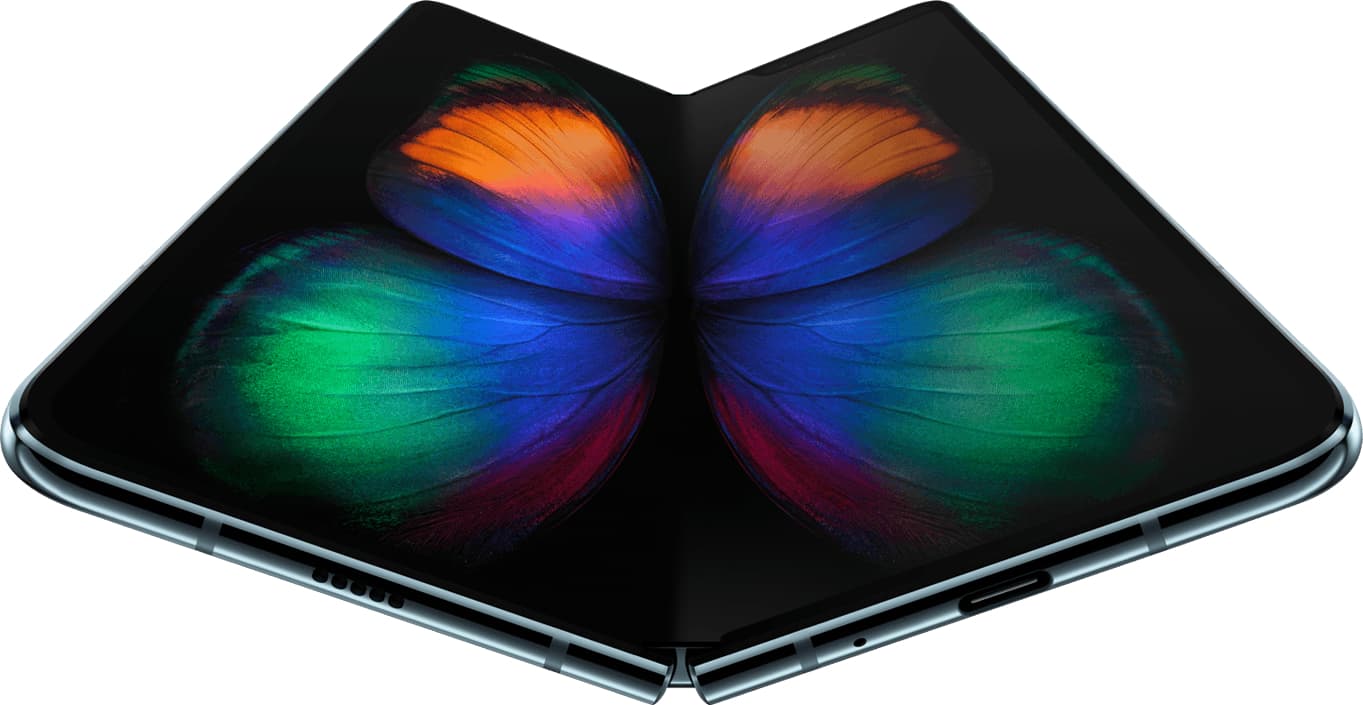 There were many leaks regarding the foldable device, but then we all thought that Samsung would be launching this device in late 2019, but for our surprise, Samsung has unveiled this device at today’s launch event.

So in simple terms, this device a smartphone which can be converted into a tablet by unfolding the device, though it comes with a hinge similar to a laptop, it’s good to know that the screen itself folds! Though Samsung is the first manufacturer to launch this device officially, we can soon expect other vendors to implement this technology in the upcoming months. 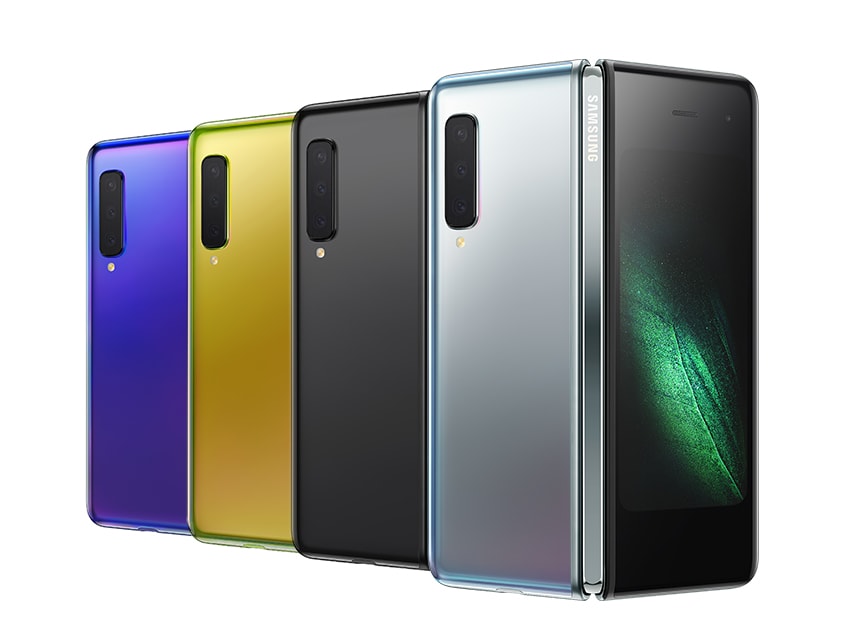 Talking about the specs, this device comes with a 7nm processor coupled with 12GB of RAM and 512GB of internal storage. Well, never the less this device costs a whopping $1,980, not just this but the upcoming 5G variant will cost a lot more. The Galaxy Fold will be up for sale from April 26th. 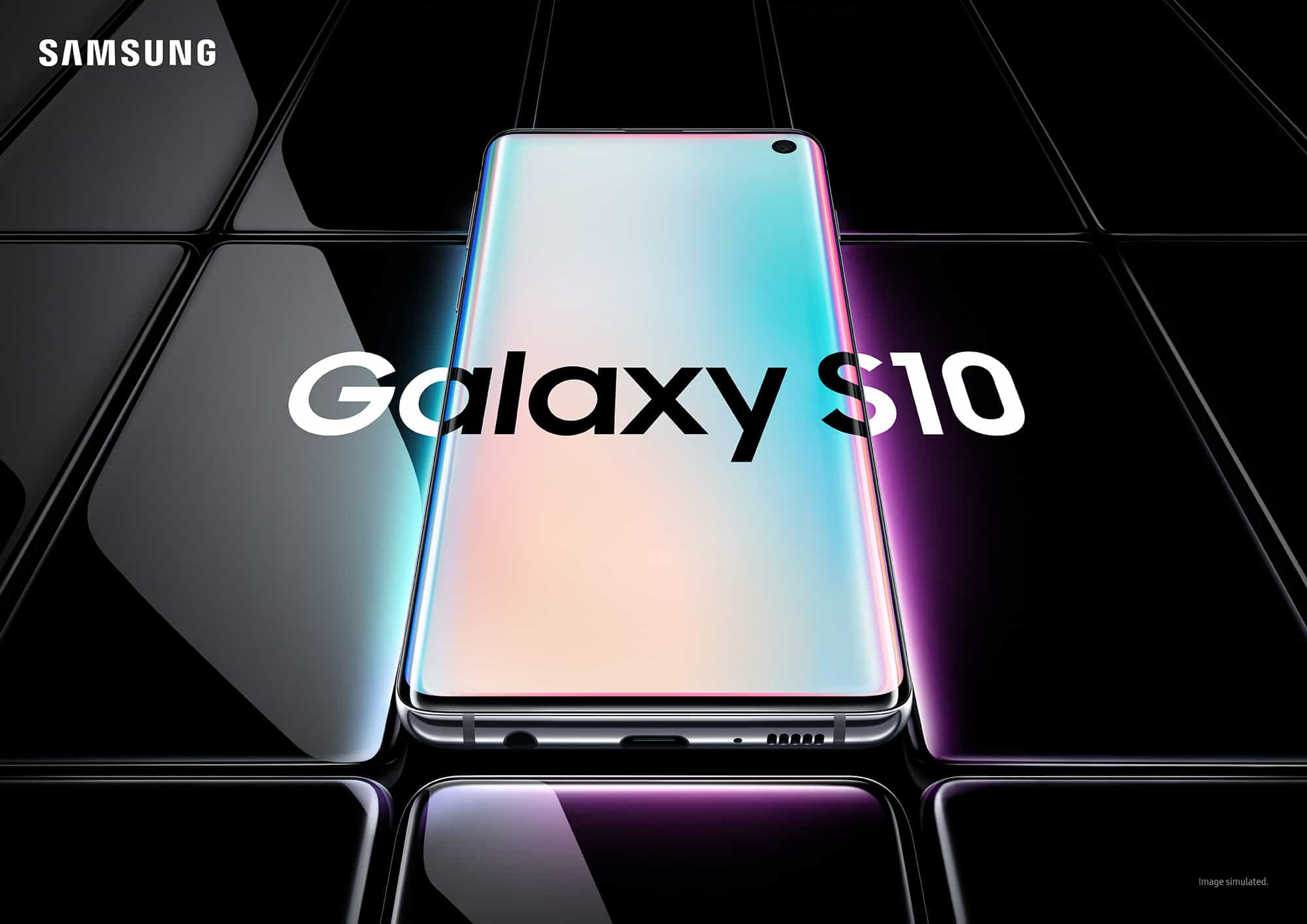 The Samsung Galaxy S10 is one of this most anticipated device in this lineup, this device sports a 6.1-inch QHD+ infinity display which comes with 19:9 aspect ratio. Talking about power, this device is powered by the 7nm Qualcomm Snapdragon 855 processor and is coupled with 8GB of RAM and 128GB/512GB of internal storage.

Talking about optics, this device comes with a triple rear camera setup, 12MP wide angle, 12MP telephoto, and also a 16MP ultra-wide lens, and even a 10MP front camera for some selfies. The 3.5mm headphone jack is still present on the device, along with the USB Type-C port.

The entire device is backed by 3,400 mAh battery which should last you a day with moderate usage. Apart from this, the device features an ultrasonic in-display fingerprint scanner, runs on Android Pie out of the box with Samsung’s UI on top of it. Talking about pricing, the Samsung Galaxy S10 is priced at $899. 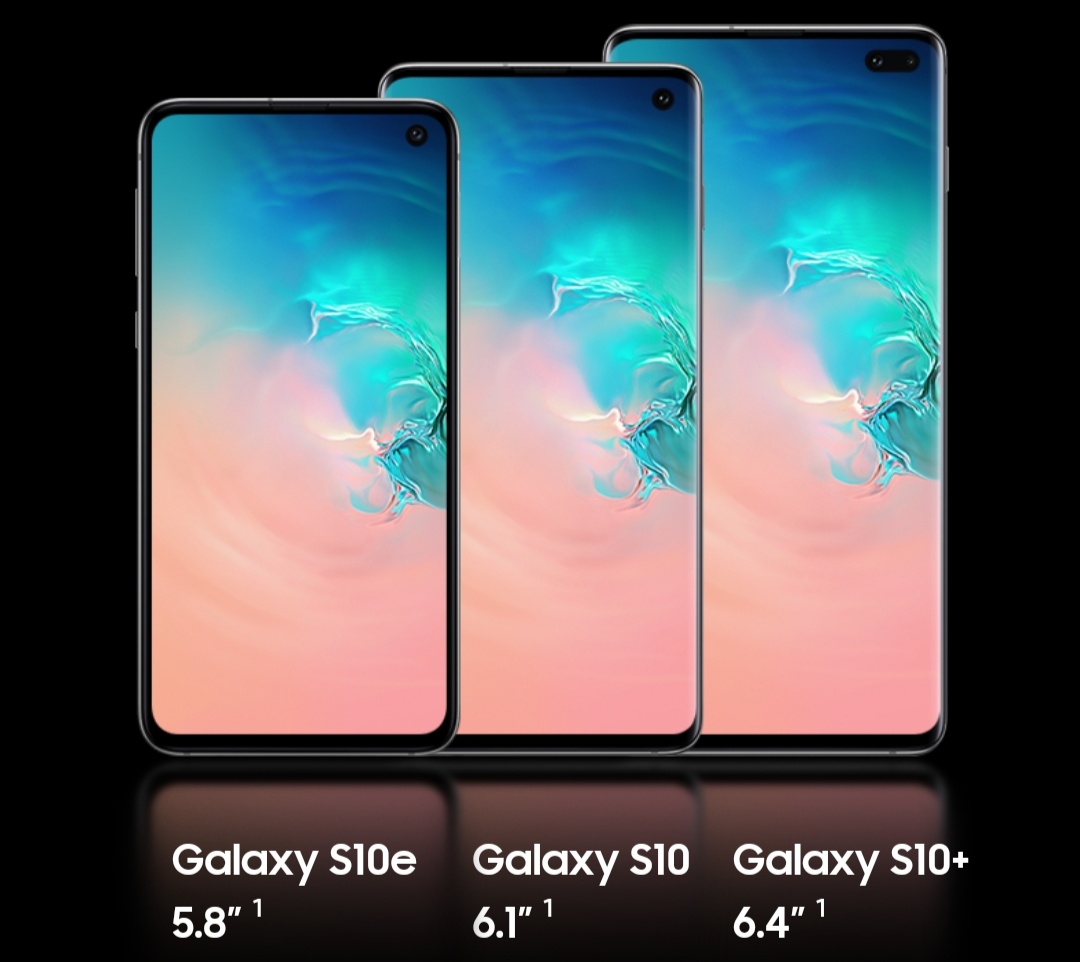 You can easily call the Galaxy S10 Plus the big brother of S10, well so this device features a larger 6.4inch display which comes in 19:9 aspect ratio. The Galaxy S10 Plus too runs on the same processor as the S10, the Qualcomm Snapdragon 855, and is coupled with 8GB/12GB of RAM.

The battery has been pumped to 4,100 mAh which is good, and the unique feature of this device has to be the reverse wireless charging. Similar to the S10, this device too comes with an ultrasonic in-display fingerprint scanner. The Samsung Galaxy S10 Plus is priced at $1,190 for the base variant. 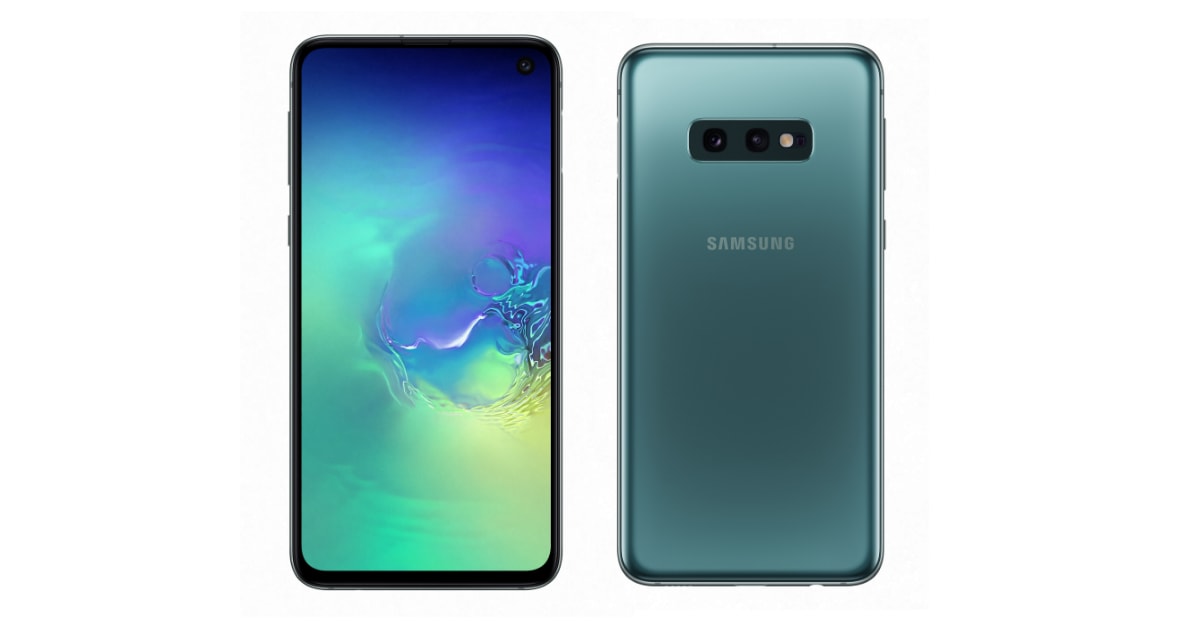 The Samsung Galaxy S10e sports a 5.8-inch Infinity-O display with a resolution of 1080*2280 pixels, and comes with the same Snapdragon 855 processor which can be seen on the S10 and the S10 Plus. The base variant of this device comes with a lesser amount of RAM which is 6GB, but the good thing is that an 8GB option is also available with 256GB of storage.

Talking about optics, this device comes with a dual rear 12MP + 16MP camera setup and a front 10MP wide camera for some perfect group selfies. The only downside of this device is the battery capacity, this device is backed by a 3,100 mAh battery which is pretty less when compared to what others are offering. This would quickly get drained, thanks to the 855 Chipset. Never the less, this device is priced at $749.

Well so which is your favorite device among these four? Do let us know in the comments section down below.