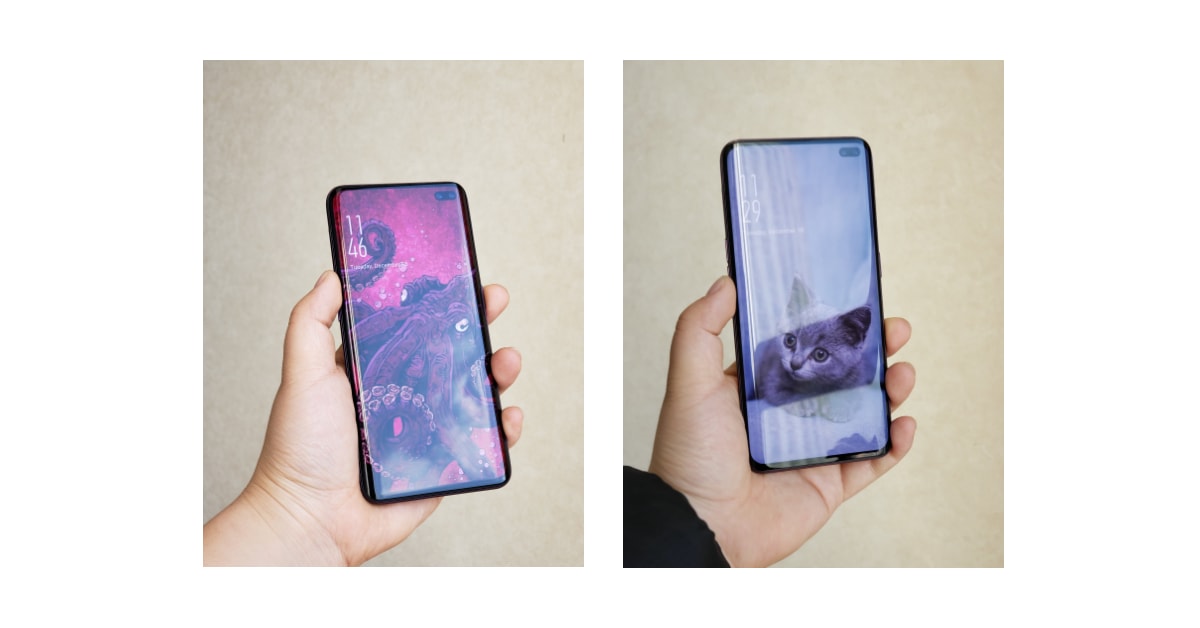 Here are some images from the video:

But this video is fake!

My initial purpose was to show you the S10+ look, so I showed a special wallpaper on Find X that made it look like two front cameras, but then I was worried that it would cause misunderstanding and remove it.This is the truth of the matter. pic.twitter.com/qPGiSz6ayR

The phone, however, isn’t a Galaxy S10+. Instead, we’re looking at the Oppo Find X with no camera holes in the screen. Those holes are fake, as they’re drawn on a wallpaper to make a point. It’s a clever trick to showcase the rumored Galaxy S10+ design in lack of the actual Samsung phone. – Reported by BGR.com

So, what do you think about this Samsung Galaxy S10+ Hands-on Video? Comment below to share your thoughts about Samsung’s new Galaxy A8s smartphone and upcoming Galaxy S10 and S10 Plus smartphones.