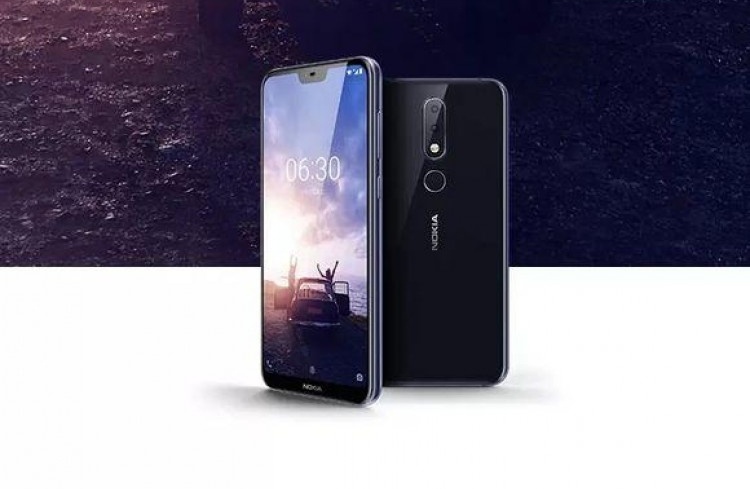 The upcoming Nokia X6 is a mid range smartphone. Also, it is Nokia’s first smartphone with 19:9 display and a notch on the top. The phone has a dual rear camera setup.

The new Nokia X6 will feature a 5.8-inch Full HD+ display with a resolution of 2280 × 1080 pixels and 19:9 aspect ratio. Looking at the design, the phone will have a notch on top at the front and a glossy body at the back.

The smartphone will come with the Android Oreo operating system. Under the hood, the device is expected to be powered by a Qualcomm Snapdragon 636 octa-core processor. The storage features of the phone are 4GB of RAM and 64GB internal storage. 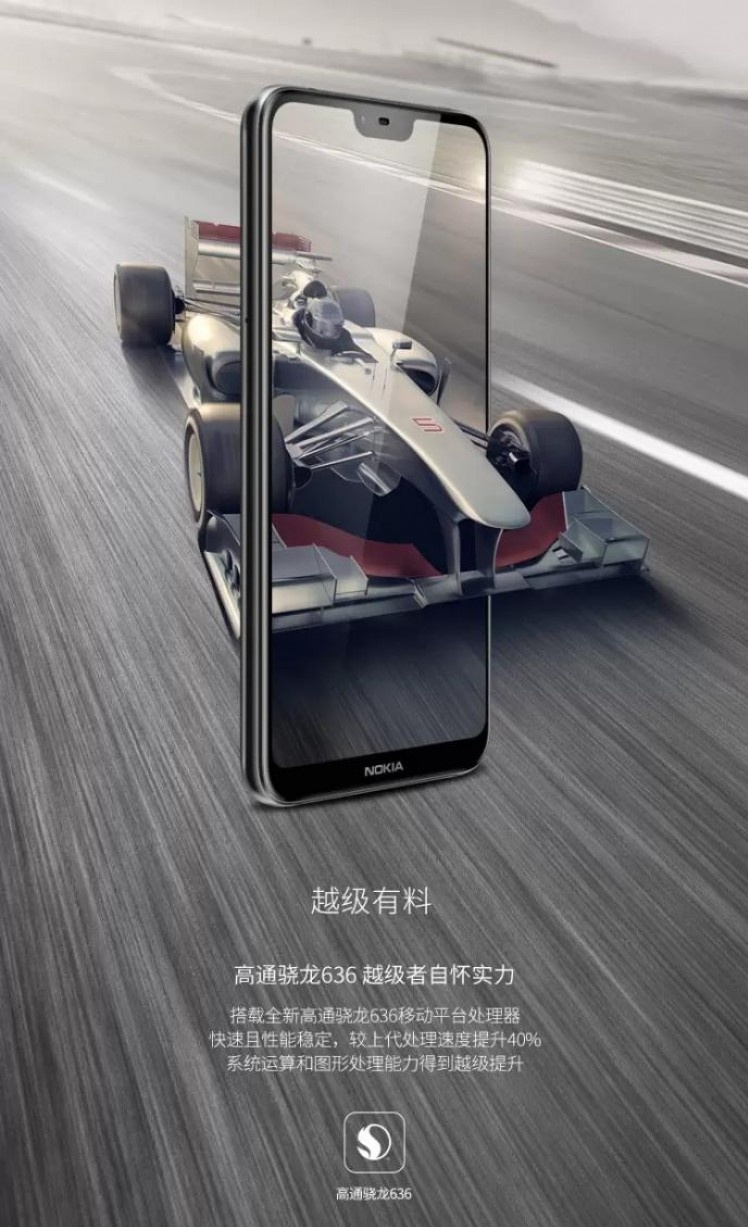 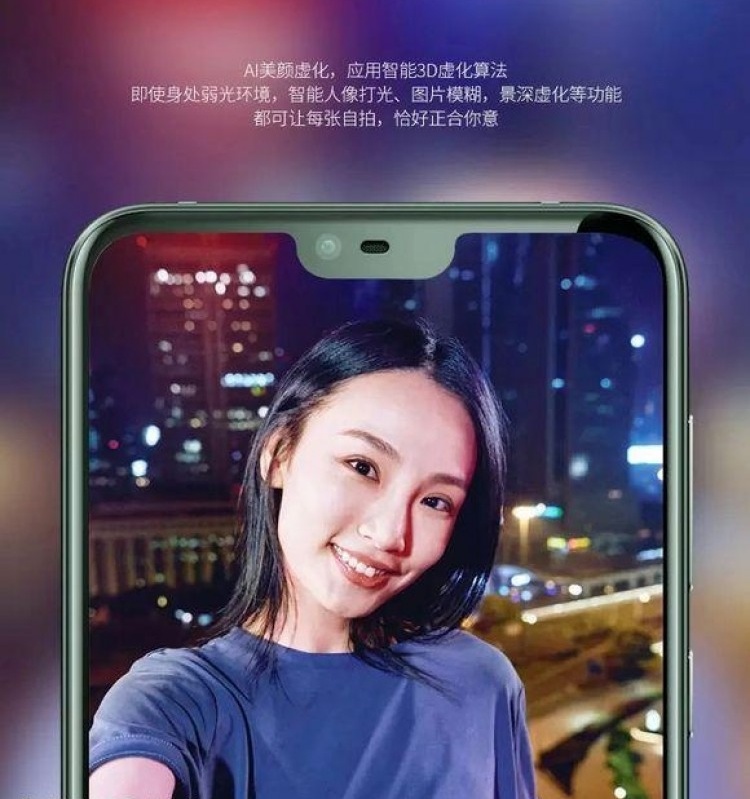 The Nokia X6 will come with a 3060 mAh battery which will support Qualcomm Quick Charge 3.0. The phone will have a fingerprint scanner at the back. 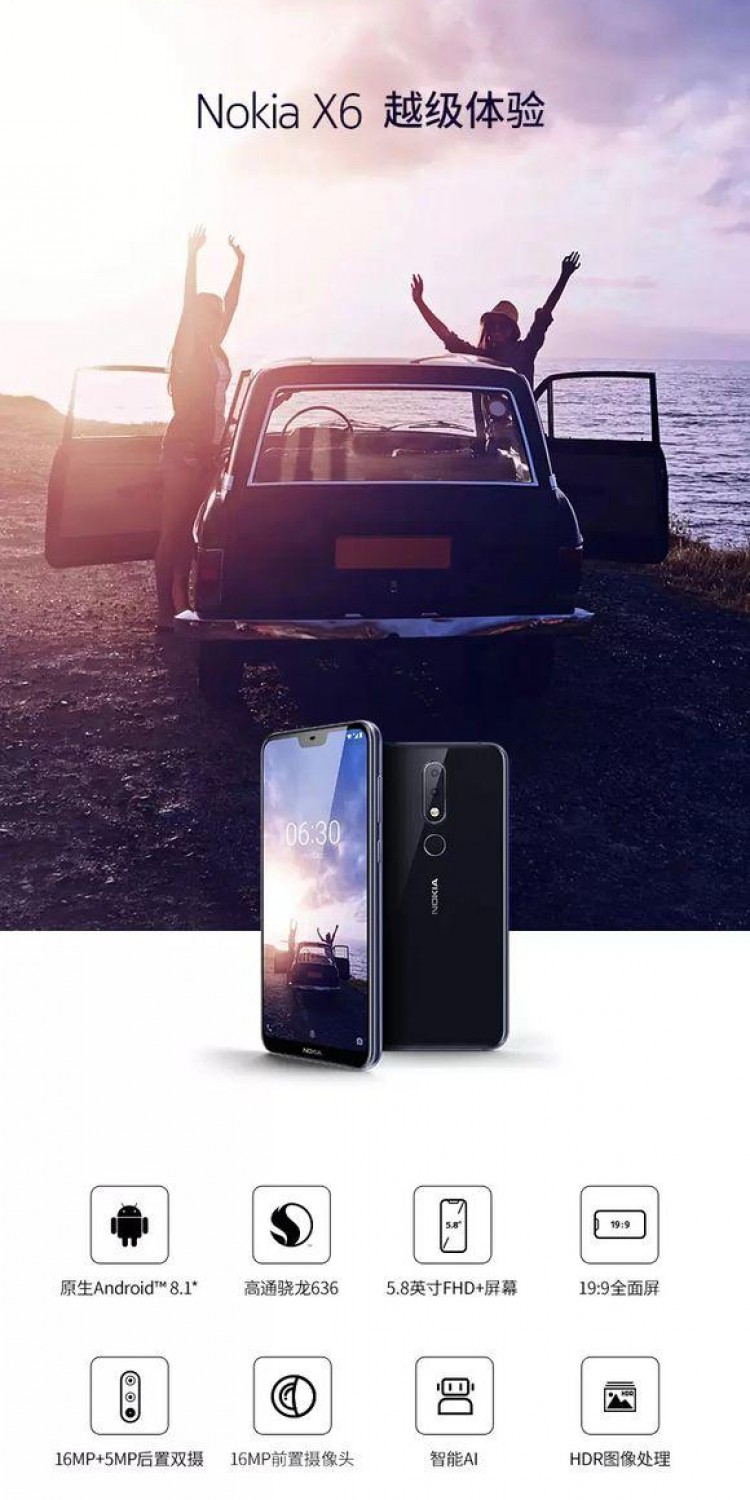 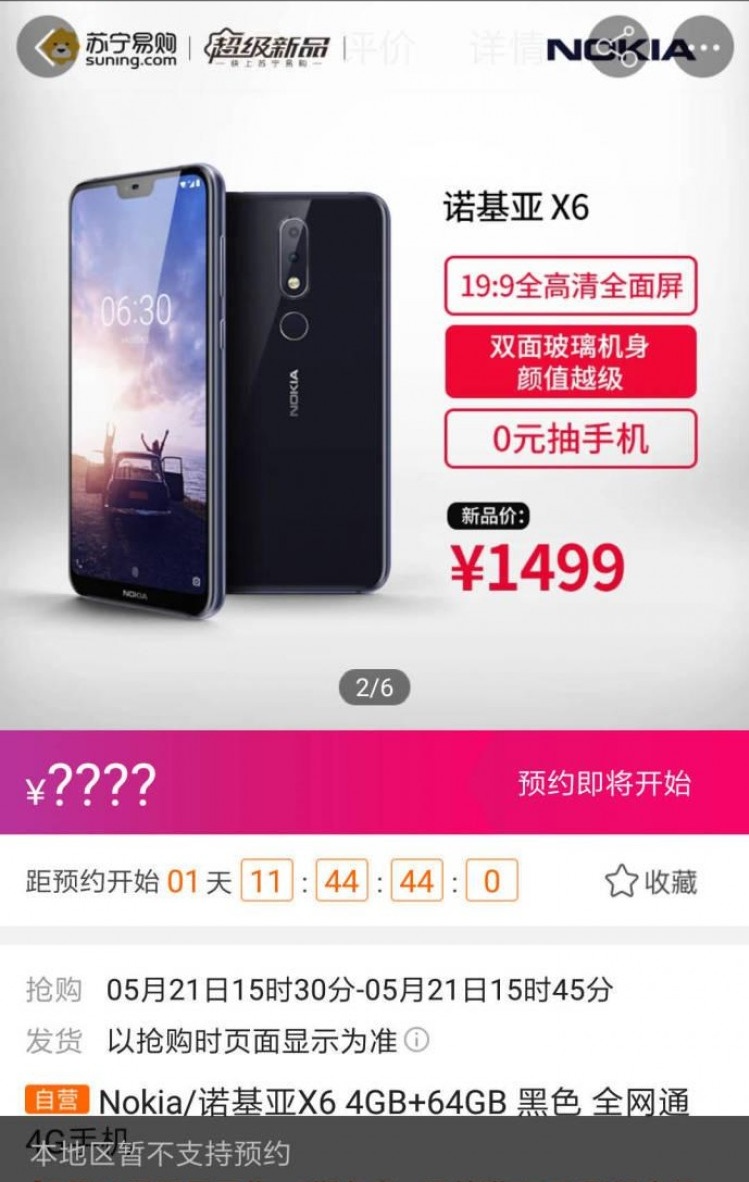 At last, it’s time to talk about the price of Nokia X6. According to the leaked images, the upcoming Nokia X6 will be priced at Yuan 1,499 which is $236 (Rs.15,999 approx.). After having a look at the specifications and a price of Rs.16000, the smartphone is going to be a big deal in the global market. The phone looks like a big brother of the earlier launched Nokia 6 but with a lower price. Also, Nokia X6 is one of the top smartphones of 2018.

Let’s wait for the official launch of the smartphone for getting more information. Stay tuned to Slashinfo for more such news and updates.