The exact name mentioned in the GeekBench listing is “Foxconn Pixel 3 XL”. According to the listing, the phone is powered by the Qualcomm Snapdragon 710 octa-core processor. So, it can’t be the Pixel 3 XL because we already know that it comes with the Snapdragon 845 SoC. This means that the information displayed in the listing is about Google Pixel 3 Lite XL. 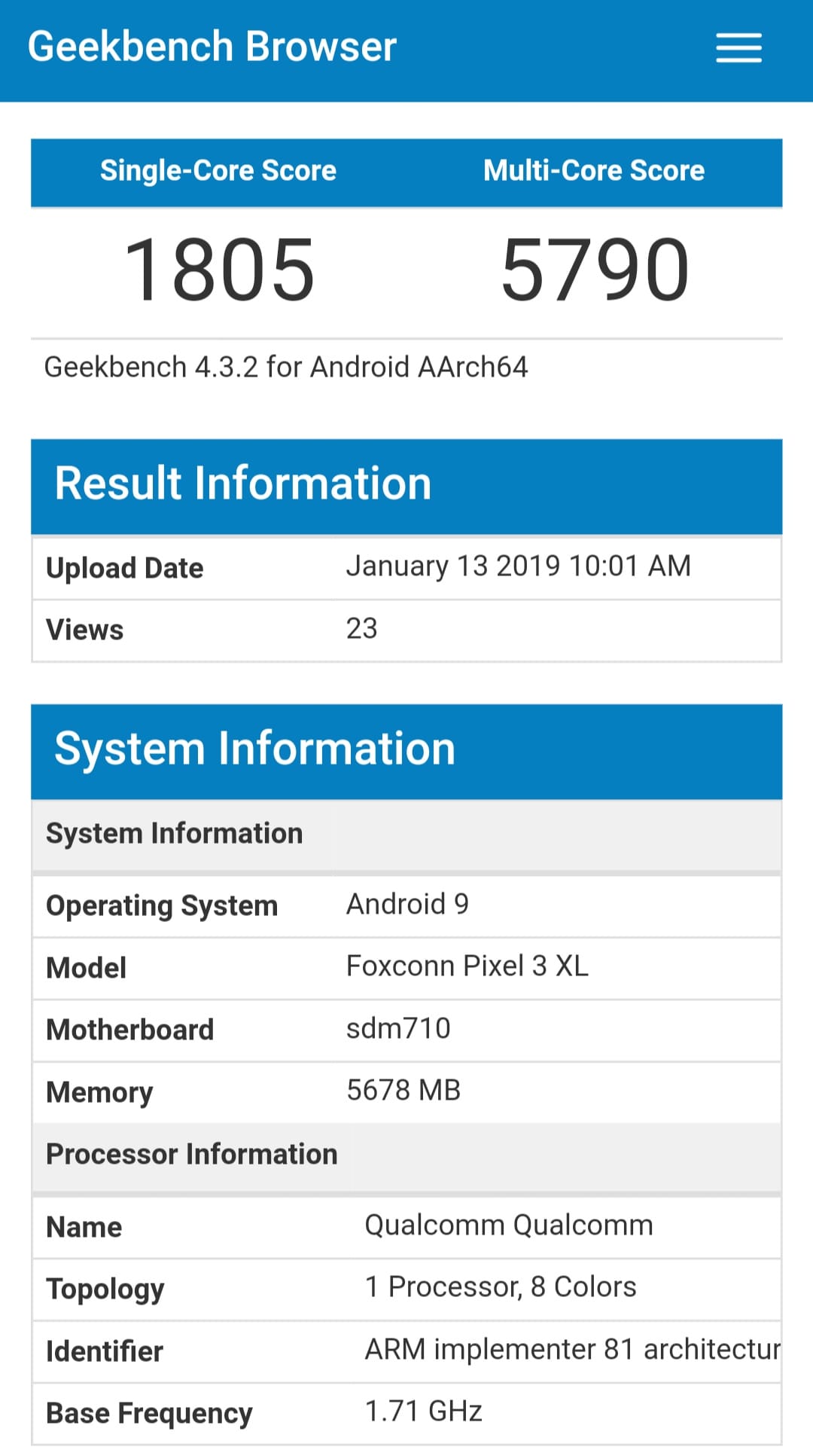 Besides that, the listing also reveals that the device will run Android 9 Pie out of the box and it will come with 6GB of RAM. The device has scored 1805 points in Single-core test and 5790 points in the Multi-core test.

As per the previous rumors, the Google Pixel 3 Lite XL will come with a 6 inches Full HD+ display without notch. You will also find a single rear-facing camera with LED flash, a rear-mounted fingerprint sensor, 3.5mm headphone jack, USB type-C port, and 128GB of inbuilt storage in the device.

Right now, nothing is confirmed regarding the Pixel 3 Lite smartphones. It’s expected that Google will release these handsets in January or Q2 2019. The phones will be priced between $400 and $500. So far, we don’t have any official news about the launch event and release date.