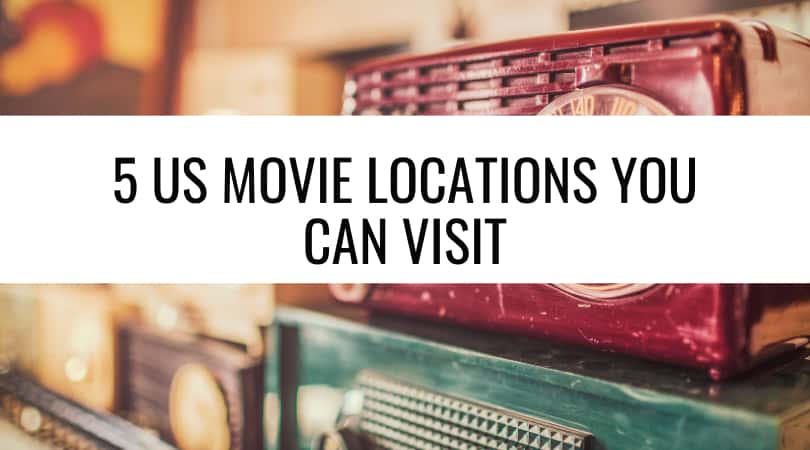 There’s something a little extra exciting about visiting an area that was used in a movie you love. Fortunately, you don’t have to leave the states to embrace some of cinema’s most iconic locations; from historic buildings to tropical paradises, you can travel where the stars once gave their best performances. If you’re planning a trip, then consider one of these five US movie locations.

The island Kauai, in Hawaii, was used in three of the Jurassic Park movies. With its breath-taking rainforests, open grassland, and exquisite waterfalls, it made the perfect location for action-packed dinosaur chases. Don’t worry – If you want to visit, you will get to experience a beautiful location without the fear of being eaten! You could even take a Jurassic Park helicopter tour showing all the areas they used to film the scenes – sightseeing from the skies is truly the best way to take it all in.

Most people remember 2004s The Notebook for the amount of emotion it created in its heart-shattering romantic scenes. One moment in particular that stood out to audiences is the picturesque boat scene that shows Noah and Allie surrounded by hundreds of swans, a piece of romance that people can only dream of. Well, you can experience it too by visiting Cypress Gardens in Charleston, the town where they filmed most of the movie. Take a boat ride out and experience the beautiful scenery, but don’t expect any swans, as the director placed them there specifically for the shoot!

Specifically talking about the 2001 version of Oceans 11, most of the film was shot in Las Vegas. Vegas is all about the big and the bold, which is mirrored in this noughties film, which sees a group of men who attempt to rob a casino. The casino they used was the Bellagio on the South Las Vegas Boulevard, where you can go and see its epic water fountain and stay in the five-star hotel. Use booking.com coupons for a chance to immerse yourself in its luxury without breaking the bank!

Both versions of King Kong film multiple scenes in New York at the beginning and end of the movies. Speaking about the 2004 version specifically, one of the most notable scenes includes the moment Kong and Anne are dancing/sliding around the frozen lake in Central Park, which stands as the biggest giver of nature in the large city. The most heartbreaking moment of the film is also shot in New York, which sees (spoilers) Kong fall from the top of the Empire State building to his death. Both of these locations you can visit in New York, with plenty of other sights to witness while you’re there.

Oscar-winning movie Forrest Gump filmed one of its most iconic scenes at Lincoln Memorial in Washington D.C. The scene involves Forrest giving a sobering speech about war, stating about the soldiers, “sometimes they don’t go home at all.” It also sees the moment he reunites with Jenny in the water. Visit this location by heading to the Lincoln Memorial and soak up the history that comes alongside it.

The Hunter x Hunter manga is making a comeback this month!